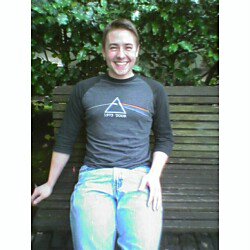 I called in sick to work Tuesday. Though I have been fighting a bit of a cold, my calling in sick was more about needing to take care of some things around the house. I had an appraiser coming by at 3 p.m. and wanted the house to be looking great.

I was “this close” to having the office completely painted and staying home was the only way it was going to get done.

After I dropped Aries off at school, I visited with Hot Toddy before he left for work. My day was somewhat flipped up on its edge, however, when he pointed out that there was standing water on the downstairs kitchen floor.

It had been raining non-stop all morning. I looked around downstairs and couldn’t figure out from where the water came. Hot Toddy had put a towel down to soak up the water so I figured I’d get to it later.

I headed upstairs and started my painting when I felt a small splat of water hit my arm. I looked up to find a leak coming in from the roof that was running down the interior wall of my office.

I called my nephew who is a home contractor who told me to get someone to clean out my downspouts and the valleys of the roof. He indicated that given the storm in which we were firmly planted, it was no surprise ponding water was finding its way inside.

In tears, I hung up the phone not knowing what to do. Well, that’s not so much true. I called Young Stud. I told him of my dilemma. He asked how he could help and I told him that I needed him to come over and check my roof and clean out my downspouts.

And bless his heart he did just that. He left work at 9:15 a.m. and came out to my house. He threw on a pair of sweats and my Helly Hansen rain gear and up the ladder he went.

With a push broom and in pounding rain he swept off the asston of pine needles that my nine 150’ trees dropped this fall. With hands like ice, he unclogged my downspouts. He cleared both valleys on my roof and water was once again flowing where it was supposed to be which was not inside my house.

Once we both had a chance to dry off, we were sitting in the kitchen talking. I looked across the kitchen counter and saw someone who is a true friend. Someone who came when I called him and needed help. He did for me what I always try to do for those close to me.

I am such an independent woman and am so used to doing things for myself that I rarely ask for help. It’s not something that I am comfortable doing. In fact, I guilt myself a great deal by even needing to ask for help. I don’t like admitting I’m vulnerable (even though people know I am).

Tuesday was one of those days that I wished more than anything I wasn’t afraid of heights to the degree I am. Not only was I going to have to call Young Stud for help (though I know he didn’t mind) I had to call for help because I’m a big, fat chicken shit when it comes to heights. A homeowner who can’t get on her own roof. Nice.

That being said, thank you, Young Stud, for coming to my rescue. Not only are you easy on the eyes, you’re a man among men. I'm glad I have you in my life.
Posted by auburnpisces at 10:23 AM